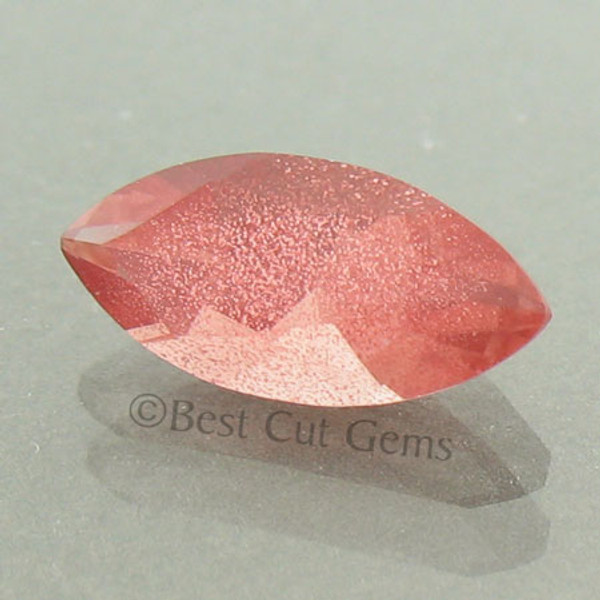 Sunstone from the Sunstone Butte Mine in Oregon. Rich Copper color this gemstone is famous for and the shimmery metallic copper schiller that catches sparkles under the light.  Custom faceted into a Marquise.