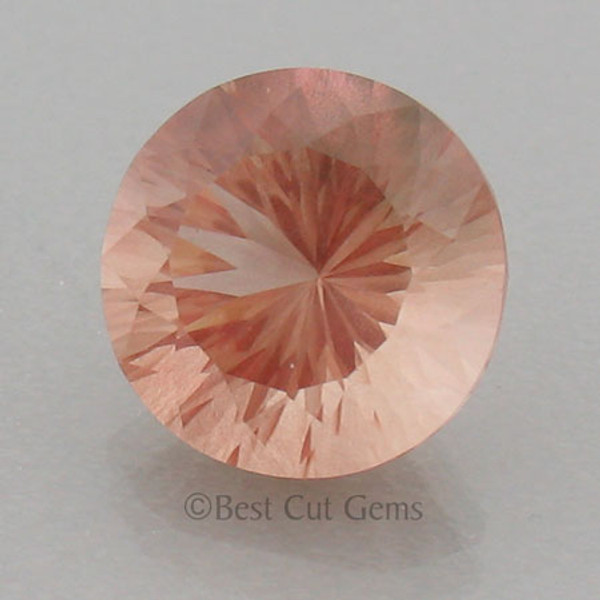 Sunstone from the Sunstone Butte Mine in Oregon. Rich Copper color with a just a hint of Green. Expertly faceted into a Round Brilliant.