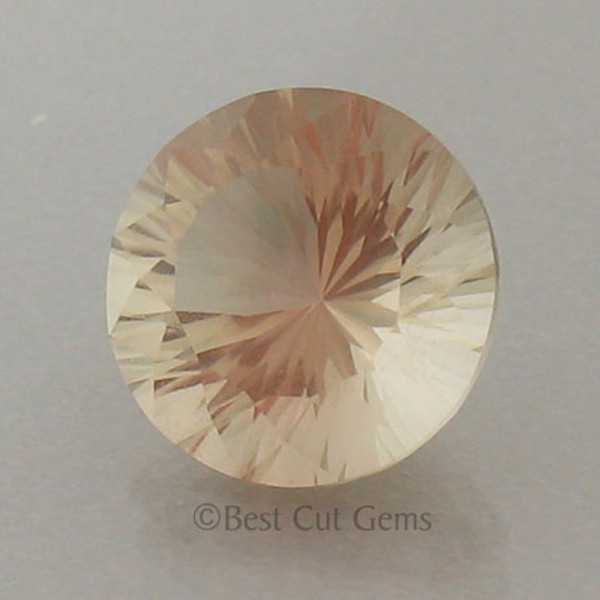 Sunstone with the sought after schiller effect from the Sunstone Butte Mine in Oregon. This Sunstone is very unique, the color changes depending which way you tilt it!  At times it may show more green or more apricot color. This Sunstone also has a flash of Copper Schiller in the center of the gem! Schiller acts like little tiny copper mirrors that sparkle through out this Sunstone.  Expertly faceted into a Round Brilliant.