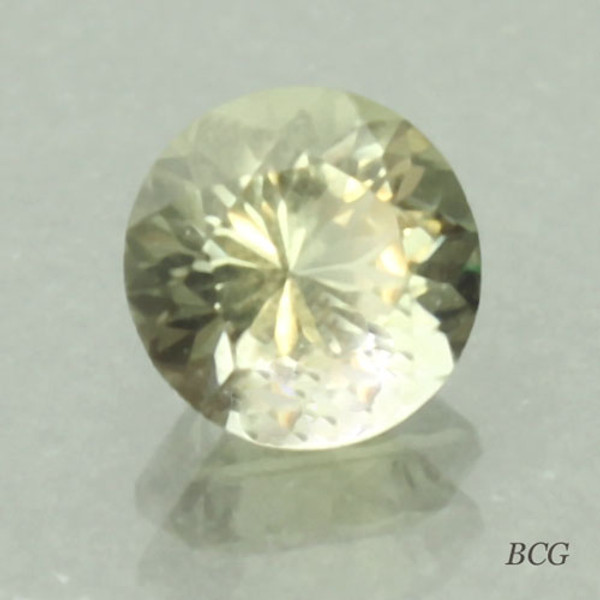 Rare Green Sunstone from Oregon.  Expertly faceted into a Round Brilliant.  This awesome Green Sunstone is a perfect gem for a unique jewelry piece such as a ring or a pendant!

Sunstone is one of the few gemstones that are 100% natural.  Gemstone quality Sunstone is found in Oregon and was formed and crystallized by ancient lava flows. Sunstone was formed in molten lava and was discharged onto the surface with the help of a volcano. The lava then weathered away and fiery crystals of sunstone were then released.

The Oregon Sunstones come in a spectacular array of colors, flaming oranges to pale pinks, peaches, reds and the rare greens. Some Sunstone gems have a unique phenomenon, called Schiller, tiny copper platelets that catch the light with a lustrous glow.  If you want a unique, 100% natural gemstone, created by nature that is durable for your next custom piece of jewelry choose a beautiful Sunstone.