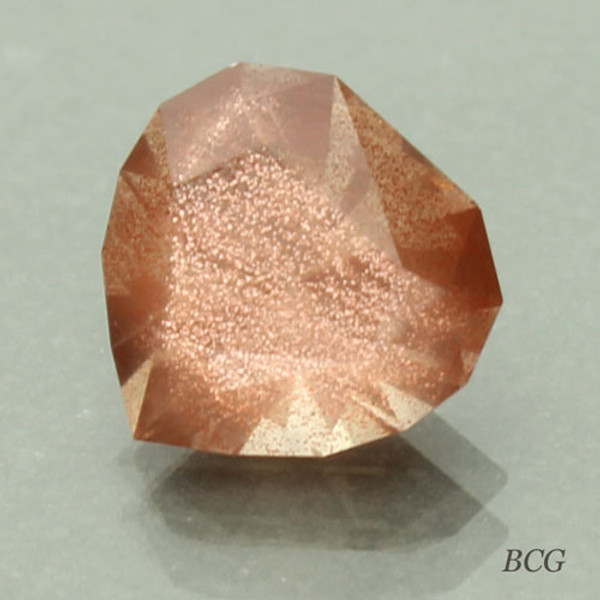 2.75 carat Sunstone with the sought after sparkly schiller effect from the Sunstone Butte Mine in Oregon. This gem is a full of Copper Schiller!  Schiller acts like little tiny copper mirrors that sparkle through out this Sunstone.  Custom faceted into a beautiful Heart design called "Sweetheart!"  Custom faceted by Ron.