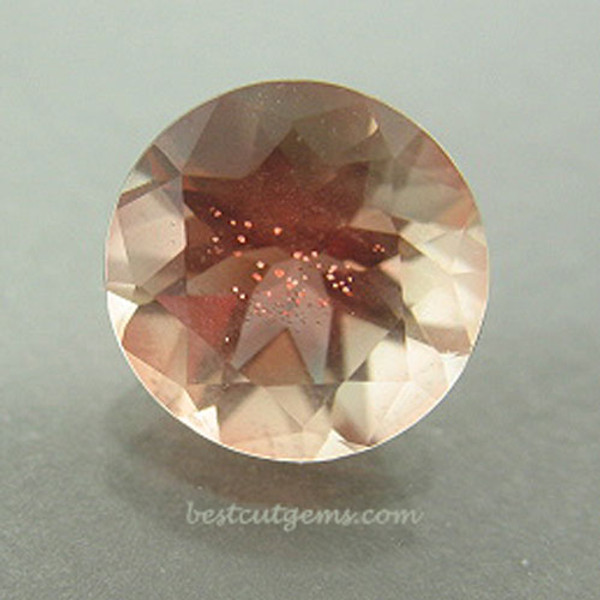 Sunstone from the Dust Devil Mine in Oregon.  Rich Copper color and some of the sought after copper schiller.  The copper schiller looks like little copper mirrors!  Expertly faceted into a Round Brilliant.