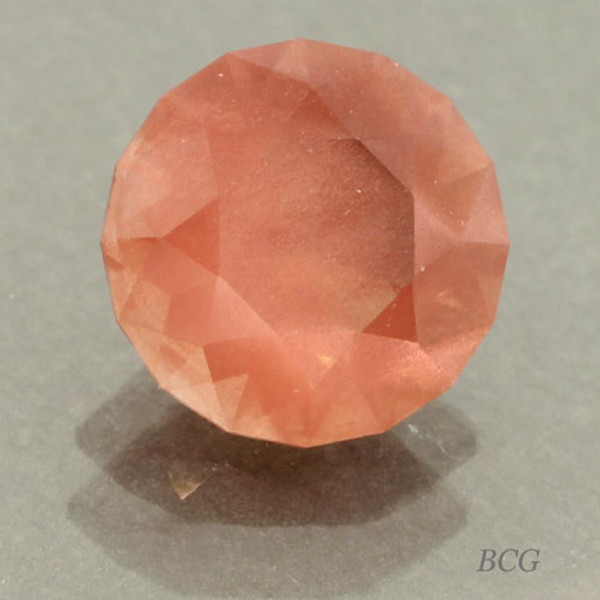 Sunstone from the Dust Devil Mine in Oregon.  Rich Copper color and some of the sought after copper schiller. Beautiful Copper Flash!  The copper schiller looks like little copper mirrors!  Custom faceted by Ron into a Round Brilliant.