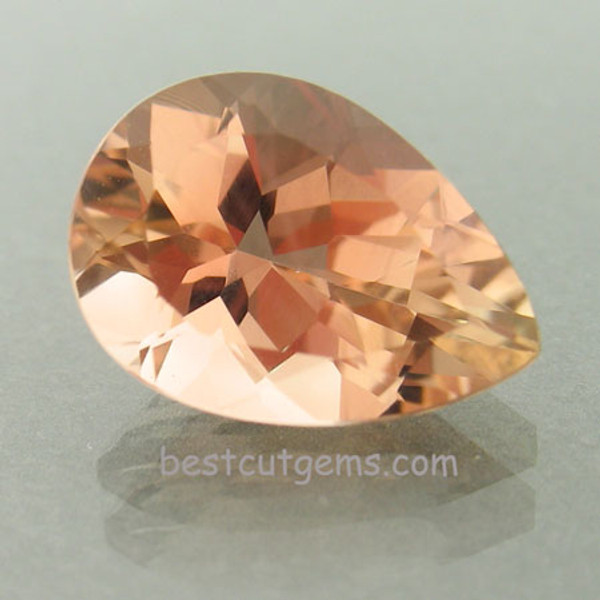 Sunstone from the Sunstone Butte Mine in Oregon. Rich Copper color with a just a hint of schiller.  You have to look real hard to see the light lines of schiller.  Custom faceted into a Pear design by Ron.