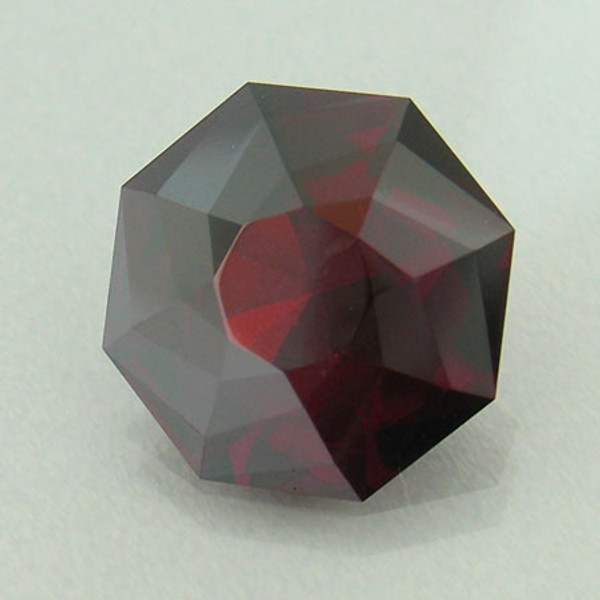 This deep cherry red Garnet has glowing ember red flashes through it.  This gemstone is sure to attract attention when you wear it. Spessartite Garnet is becoming a very rare gemstone that collectors are glad to find.   Spessartite is one of the most beautiful garnets. Custom faceted in a “Eight Swirl” design.
Custom cut by Linda.