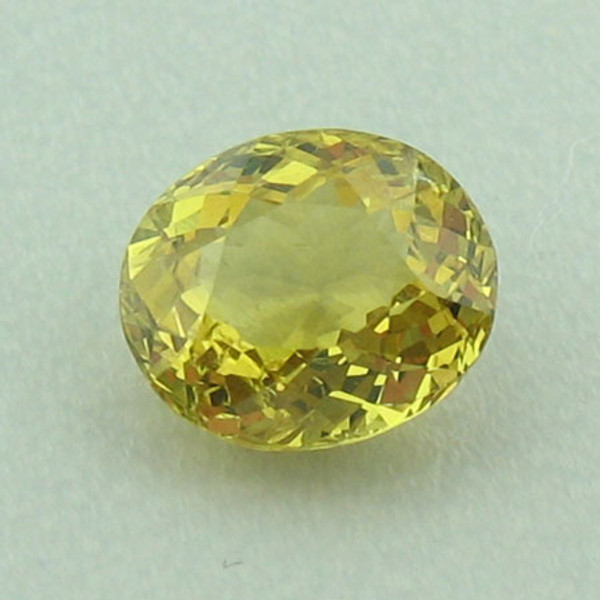 Rare Mali Garnet. The look of a greenish Yellow Diamond!  Expertly faceted into a oval for Loads of Sparkle! This gem does have some veil imperfections.

Mali's relatives, Tsavorite and Hessonite, are two well known grossular garnets. Demantoid is the ulitmate star andradite garnet. The hybrid, Mali, being a composition of grossular and andradite, seems to favor Demantoid in terms of refractive index (1.77 i hardness (7) and clarity. Mali Garnets also have the superb dispersion of the Demantoid. In terms of rarity, Mali Garnets are much rarer than Tsavorite Garnets.

Colors range from yellow to yellowish green to yellowish brown to brown. Faceted gems are remarkable for their brilliance, luster and most evident their dispersion. As with all garnets, they are suitable for all jewelry uses.

This awesome Mali Garnet is a perfect gem for a unique jewelry piece such as a ring or a pendant!