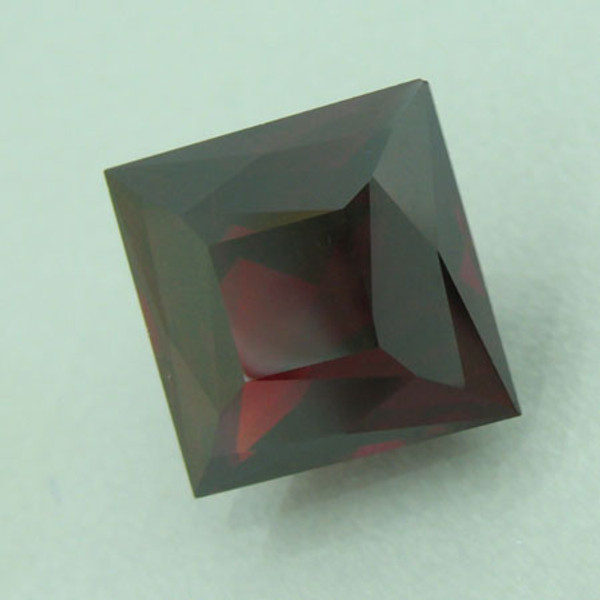 This gem has more of the rich Cherry Red color. Very nice gemstone with good brilliance. Custom cut by Linda.