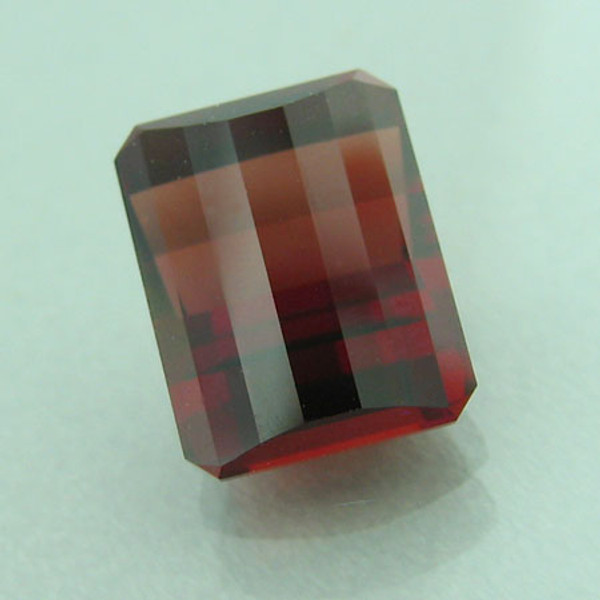 Very unusual opposing Bar cut. When you look through the crown of this custom faceted gem it appears to be checkered cut. Talk about different! Rich Cherry Red with just a hint of orange. Custom cut by Linda.