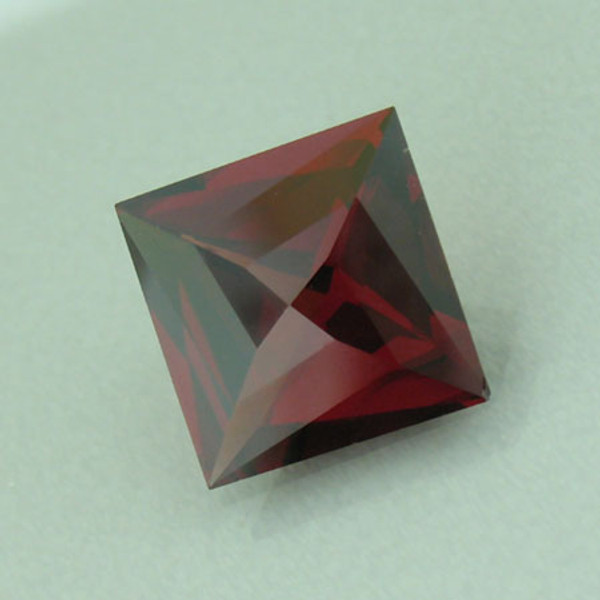 Nothing like the look of a Princess Cut! Talk about Rich! A orangy Red Beauty! Custom cut by Linda.