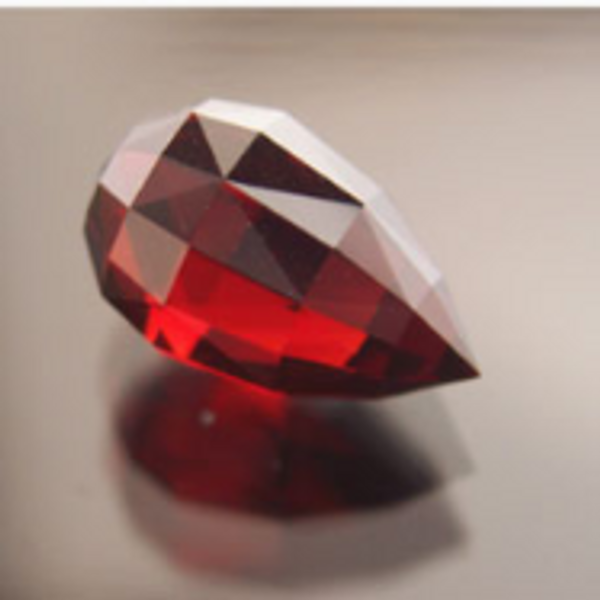 This Malaya garnet is a glowing deep red with just a hint of orange. Faceted into a Beautiful Briolette. Would make an outstanding pendant! Custom cut by Ron.