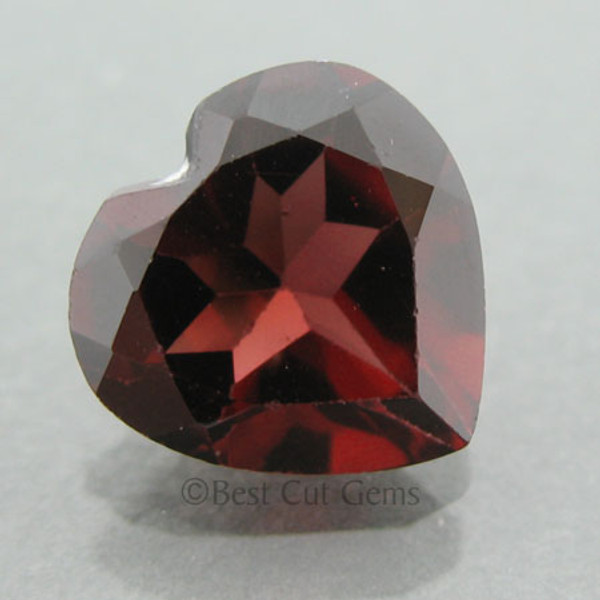 Red Garnet from Africa!  Pyrope, Almandite mix in this Garnet, a deep Red Beauty faceted into a Heart design. 100% Natural!  Might have a little abrasion at the facet junctions, you really have to search to see. Still beautiful gems.