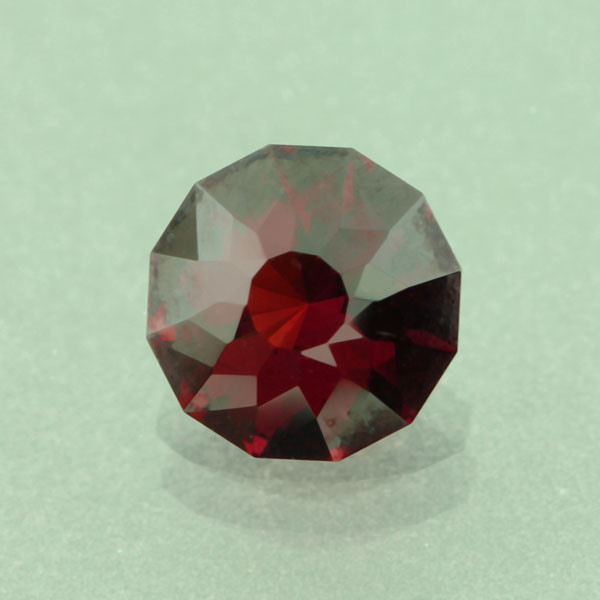 Exotic Red Garnet from Tanzania! A Rich Red Beauty with glowing red flashes! Custom faceted into a Round design called "12 Swirls Round" Custom faceted by Ron.

This Tanzania Red Garnet is a Perfect gem for a unique jewelry piece such as a ring or a pendant!