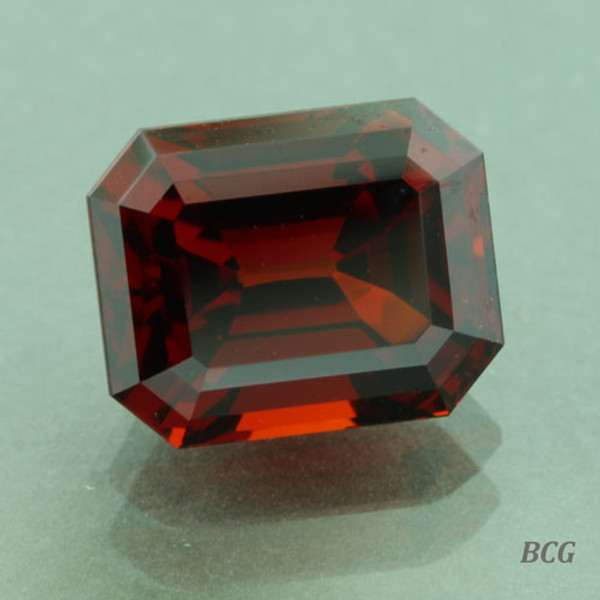 Rich orangy Red Spessartite Garnet from Brazil!  I faceted this into an Emerald Cut design to give this gem maximum sparkle!  Spessartite is one of the most beautiful garnets.  Custom faceted by Linda.