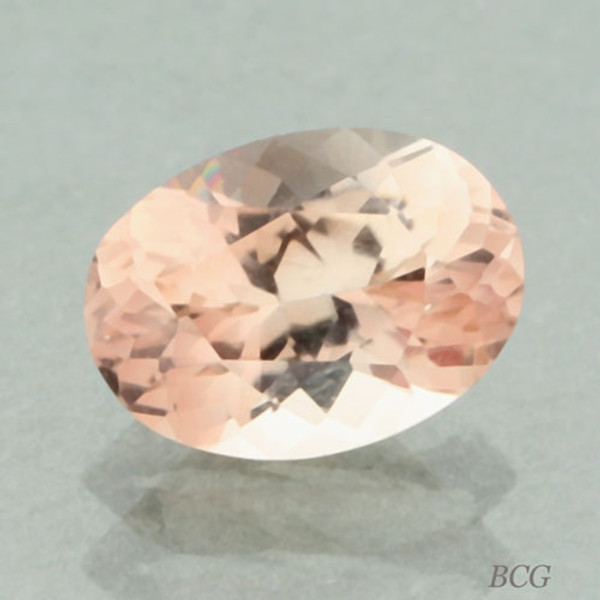 Apricot color Hessonite Garnet.  Expertly faceted into a classic oval.  This gem does have some inclusions (natural characteristics) inside it. This awesome Hessonite Garnet is a perfect gem for a unique jewelry piece such as a ring or a pendant!