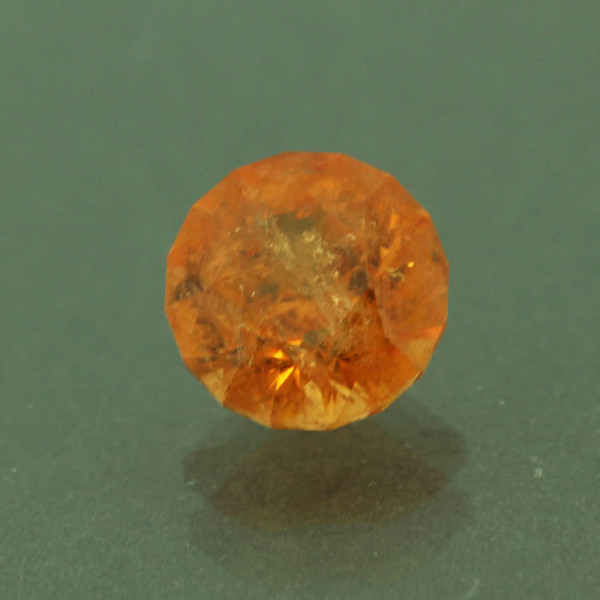 Awesome Deep Orange colored Mandarin Garnet custom faceted into a round design. This gem does have some silk and crystals inside it, typical of this rare garnet. The intense, rich orange color is amazing. Custom faceted by Ron.