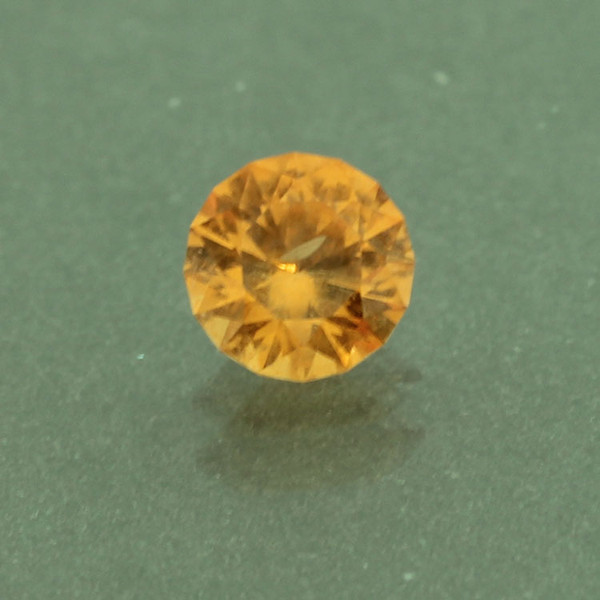 It is all about the color when it comes to these rare Mandarin Garnets. Awesome Fanta Orange colored Mandarin Garnet custom faceted into a round design called "Old Faithful" This gem does have some silk and crystals inside it, typical of this rare garnet. The intense, rich orange color is amazing. Custom faceted by Ron.