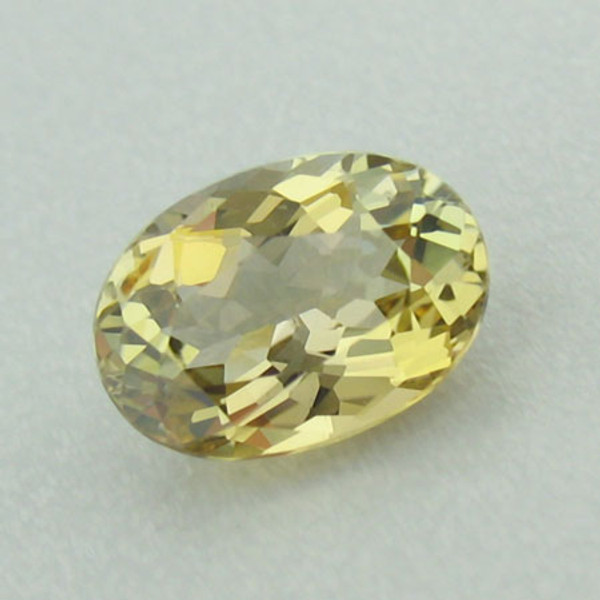 TANZANITE - 1000 times RARER than Diamonds!  UNBELIEVABLE! ULTRA RARE YELLOW TANZANITE! A VERY RARE gem from Tanzania. Investment Gemstone! Beautiful Golden YELLOW color! This color blows you away! YELLOW is very, very, very, rare and sought after. Expertly faceted into an oval design. This gem does have a small crystal in the crown (top) but does not take away from its beauty.

The name Tanzanite was coined by Tiffany who had first and exclusive rights to the pretty blue violet mineral for many years.Thanks to its unusual aura and the help of the New York jeweler’s Tiffany, it has rapidly become one of the most coveted gemstones in the world.