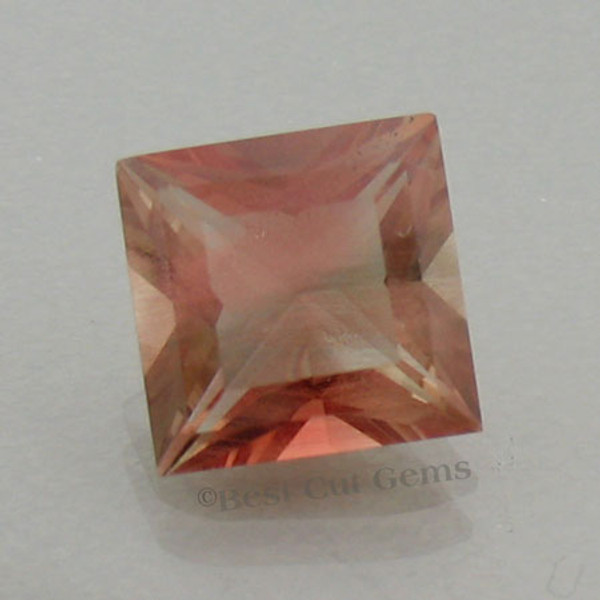 Bright reddish Copper Sunstone with the sought after schiller effect from the Sunstone Butte Mine in Oregon. This gem catches the light and you will see a beautiful bright flash of metallic Copper Schiller!  Schiller acts like little tiny copper mirrors that sparkle when they catch the light in the Sunstone.  Expertly faceted into a Princess Cut.