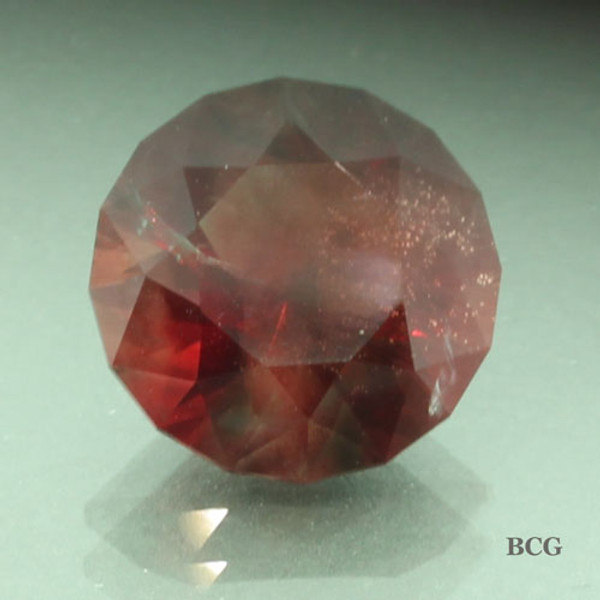 Deep Red Sunstone with very slight schiller effect from the Sunstone Butte Mine in Oregon. Custom faceted into a Fancy Round.  This gem does have a tiny feather seen in the upper left side of the photo.  Custom faceted by Linda.

This Red Sunstone is a perfect gem for a unique jewelry piece such as a ring or a pendant!