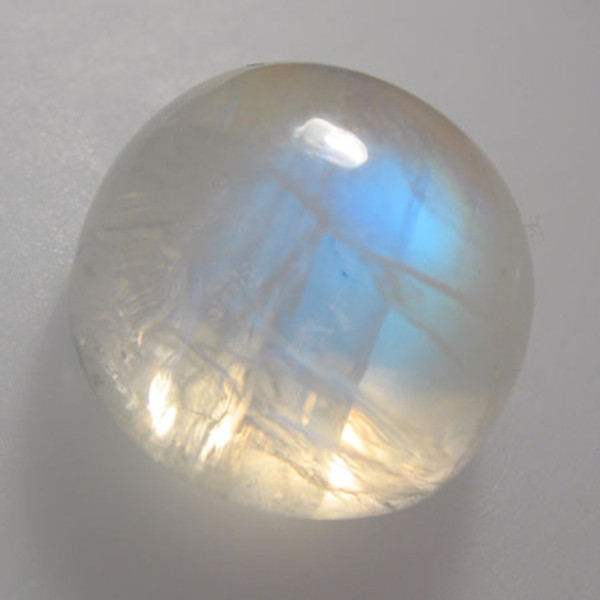 Rare New Find! Magical Rainbow Moonstone from Madagascar!  Very RARE to find! This gem has a greenish gold ray with the beautiful Blue Sheen when it is tilted. This moonstone is so much prettier than the pictures show!  Round Cabochon.  The rare colors are just amazing!   These moonstones have no darkness to them, they are picking up a reflection of the black background in the picture, the white spots are from the lights and not in the gemstone.  Moonstones do have natural striations inside of the stone.

This Rainbow Moonstone is a perfect gem for a unique jewelry piece such as a ring or a pendant!