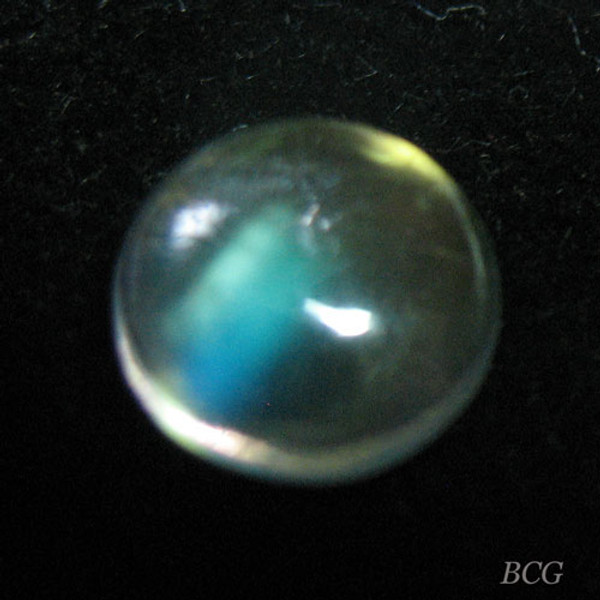 Rare New Find! Magical Rainbow Moonstone from Madagascar!  This gem has a very rare GREEN Sheen that appears as it is tilted. You will also see a golden glow, blue, pink and purple colors when this Moonstone is tilted  These moonstones have no darkness to them, they are picking up a reflection of the black background in the picture, the white spots are from the lights and not in the gemstone.