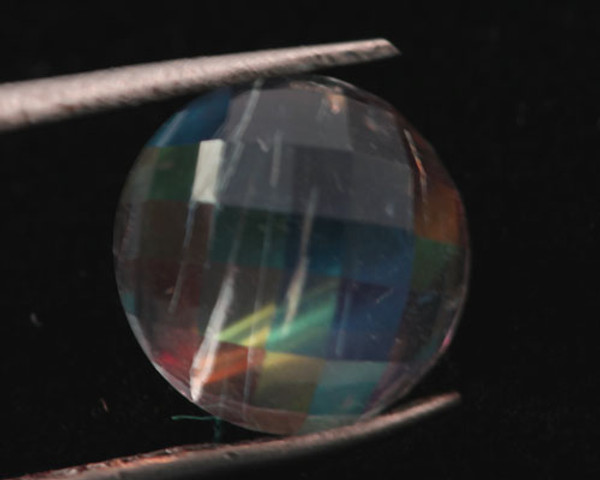 Rare New Find! Magical Rainbow Moonstone from Madagascar!  Very RARE to find! This gem has a whole array of rainbow colors when it is tilted. This moonstone is so much prettier than the pictures show!  Faceted into a rose cut top with a flat bottom.  The rare colors are just amazing!  You will also see a golden glow, blue, pink and green colors when this Moonstone is tilted.  These moonstones have no darkness to them, they are picking up a reflection of the black background in the picture, the white spots are from the lights and not in the gemstone.

This Rainbow Moonstone is a perfect gem for a unique jewelry piece such as a ring or a pendant!