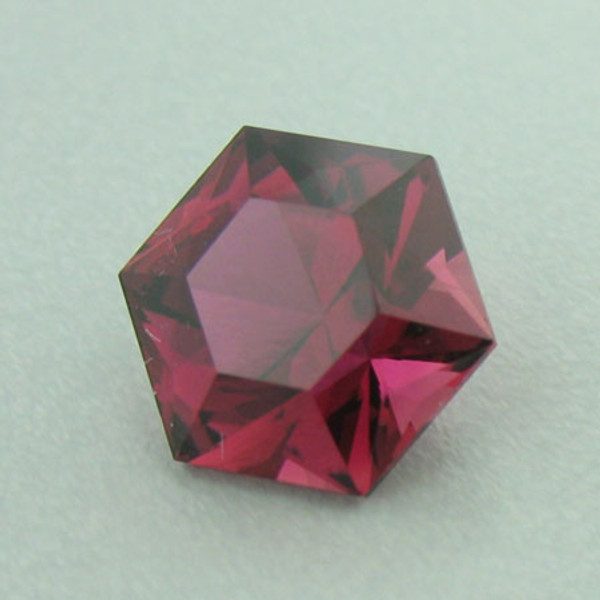 This is a very pretty stone with a Wow red raspberry color. Hint of a pinkish red flash throughout gem. Lots of twinkle! Unusual Hex round design.
Custom cut by Linda.

The rubellite is a particularly beautiful gemstone from the colorful family of the tourmalines. Its color shines in the most beautiful gradation
from red to shocking pink.

This Red Rubellite Tourmaline is a perfect gem for a unique jewelry piece such as a ring or a pendant!