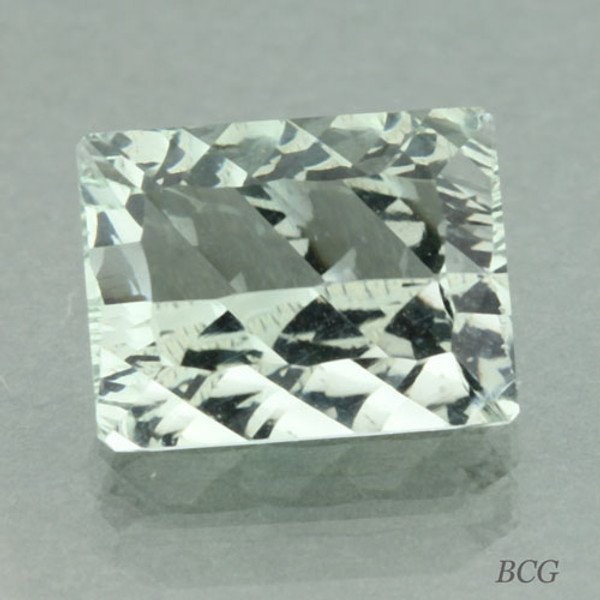 A 2.37 carat kiwi Green Prasiolite!  Custom concave faceted into a design called the "Phantom."  Prasiolite, is also a green quartz. This gem has also been called Green Amethyst though it is actually Prasiolite - Green Quartz.  This Prasiolite is a perfect gem for a unique jewelry piece such as a ring or a pendant!

Dark spots in the picture are not in the gemstone, just relfections of the camera lens.  No darkness in this gem only sparkles.