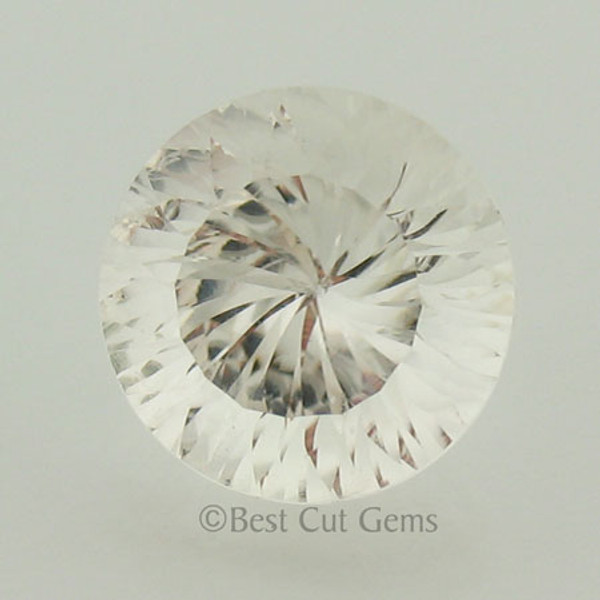 Colorless Goshenite from Brazil. Goshenite is a colorless beryl and is in the same family with aquamarine and emerald. A clear beryl that has been faceted by a master faceter to perfection into a custom Concave Round.  Radiant sparkles!

This awesome Goshenite is a perfect gem for a unique jewelry piece such as a ring or a pendant!

The name Goshenite originates from Goshen, Massachusetts where it was originally discovered. Goshenite could be assumed to be the purest variety of beryl, since colors of gemstones develop from the different elements nature added when they where created.

Goshenites beauty and limited availability make it a favorite among gem collectors.