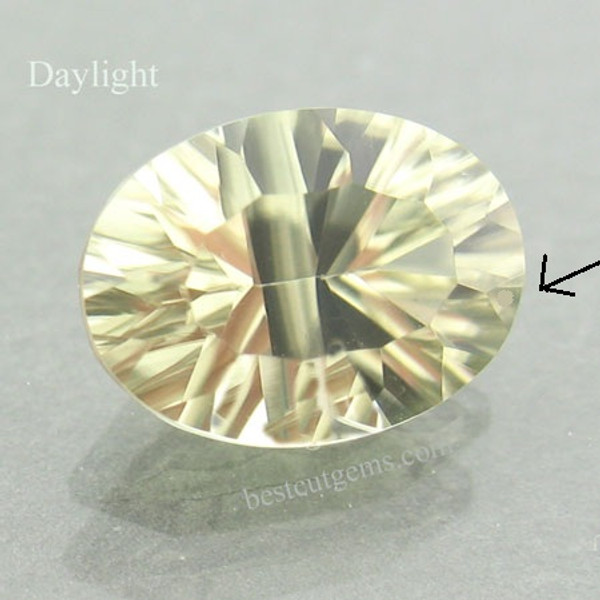 ZULTANITE!  One of the rarest, color change gems in the World!  Amazingly beautiful and mysterious, a 100% natural colored gemstone that has been expertly faceted into a Concave Oval design for maximum sparkles!  This exotic gem,  .69 carats, is a work of art!  Zultanite is a rare Diaspore gemstone has been oriented to maximize its color-change properties. Zultanite is breath taking to say the least.  This rare gemstone will come with a Certificate of Authenticity direct from Zultanite! This Zultanite does have a small crystal, location shown by arrow and can easily be hidden with a prong when set.   Dark spots are a reflection off the camera lens, not in gem.