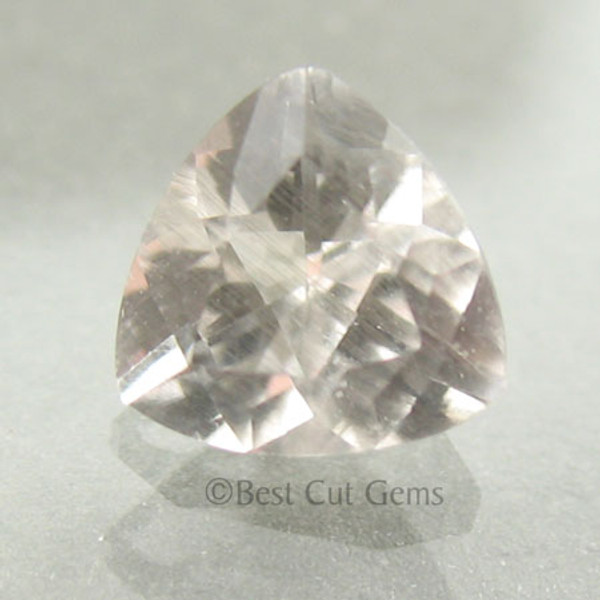 I purchased a whole parcel of these because they fluoresce so bright under Long Wave Ultraviolet. Clear, colorless Scapolite, (the darkness in the photo of the gem is a reflection off the camera, gem is clear) a fun gemstone that has fluorescence under LW and faceted in a custom Trillion. Shows Strong Fluorescent Orange in L.W.  100% Natural!

Scapolite is a bright yellow green or golden green variety of olivine. It was originally found on Egypt's St. John's Island once known as Topazios, in the Red Sea, which is now known as Zeberget. It is also found in Burma, Sri Lanka, USA and Norway.  Scapolite has also been known as Chrysolite, although this is an old name which was applied fairly indiscriminately to any yellow and greenish yellow stones.

This Scapolite is a perfect gem for a unique jewelry piece such as a ring or a pendant!