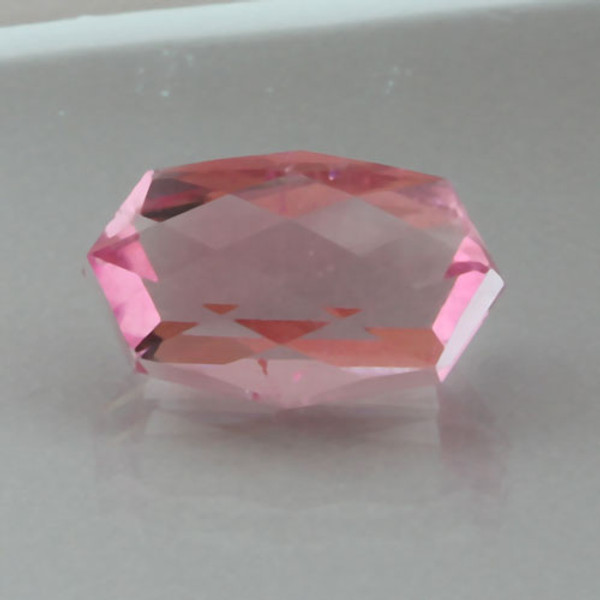 Exotic, Big, Bold Pink Tourmaline from Brazil.  Custom faceted into a design called "Vikings Luck.".  Superb Pink color with bright pink flashes in this beautiful gemstone!  This gem does have some natural inclusions,  it does not take away from the beauty of this awesome gem!  Custom faceted by Ron.

This Tourmaline is a particularly beautiful gemstone from the colorful family of the tourmalines. Its color shines in the most beautiful gradation of pinks.