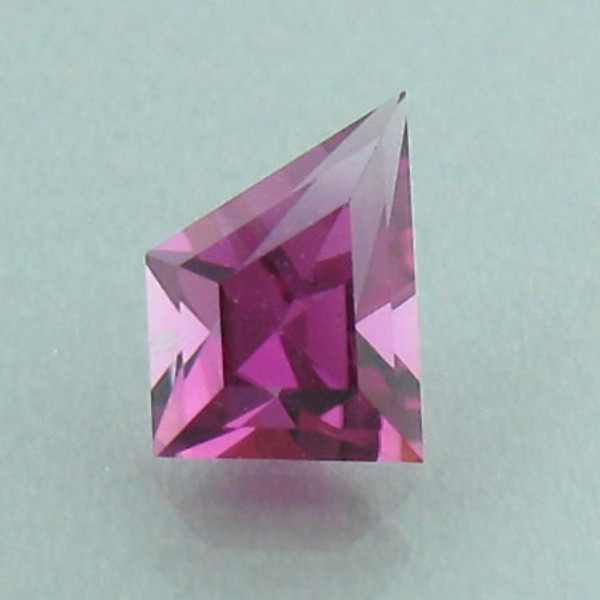 A very vibrant, Shocking Pink Tourmaline from Tanzania. I custom faceted this bright Pink Tourmaline into a Freeform Design sometimes called a Fantasy Cut. This is an exceptional cut gem, has sparkle galore! Custom Cut by Linda.

This Tourmaline is a particularly beautiful gemstone from the colorful family of the tourmalines. Its color shines in the most beautiful gradation of neon pinks.

The color of this gemstone is pure seduction.

In the fascinating world of gemstones, the tourmaline is very special. Tourmaline is one of our most popular gemstones - and apart from that, almost every tourmaline is unique! Tourmalines are the most colorful gemstone group. They occur in all variations, green, red, blue, yellow, colorless and black. Some
Tourmalines come in two or more colors at once and are called bi-colored. There is no other gemstone group whose diversity of color exceeds that of the Tourmalines.