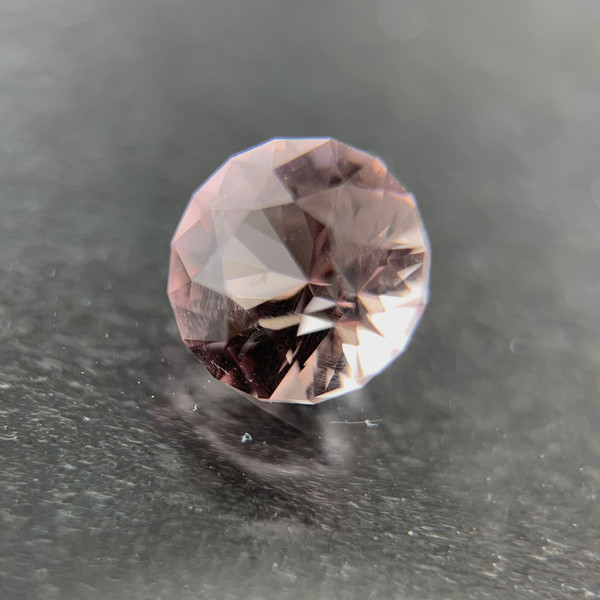 Ultra Rare Pink Mahenge Garnet from Mahenge, Africa. I hand picked this piece of rough from a African mine owner that had been hoarding this parcel for years. There will be no more Mahenge Pink Garnets, once the 5 pieces of rough I have are gone their gone. Ron custom faceted the gem into a round brilliant.  This gem does have some tiny needle like inclusions and a very tiny crystal inside it.  Does not take away from its beauty.