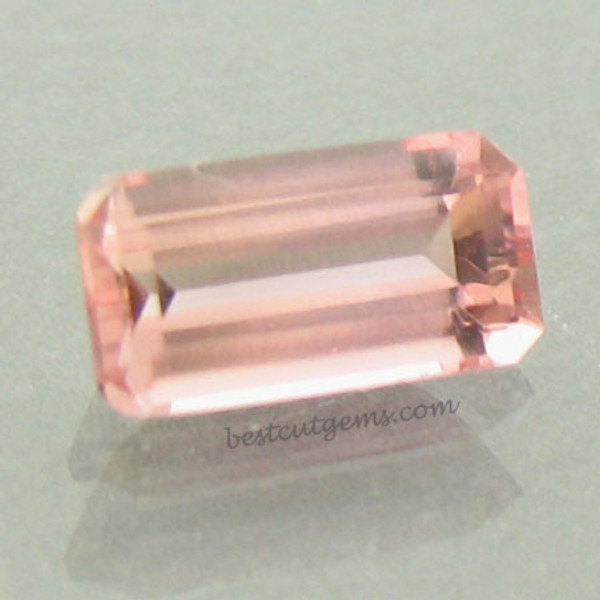 Imperial Topaz, a rare and sought after collector's gem.  Beautiful Peachy Pink color of the Lotus flower this Imperial topaz is custom faceted into a elongated Emerald Cut.  This gem is sometimes called Precious Topaz.

The mesmerizing hue of precious Imperial Topaz is symbolic for affection and love. Fine Precious Topaz has been often confused with being a diamond.

This awesome Imperial Topaz is a perfect gem for a unique jewelry piece such as a ring or a pendant!