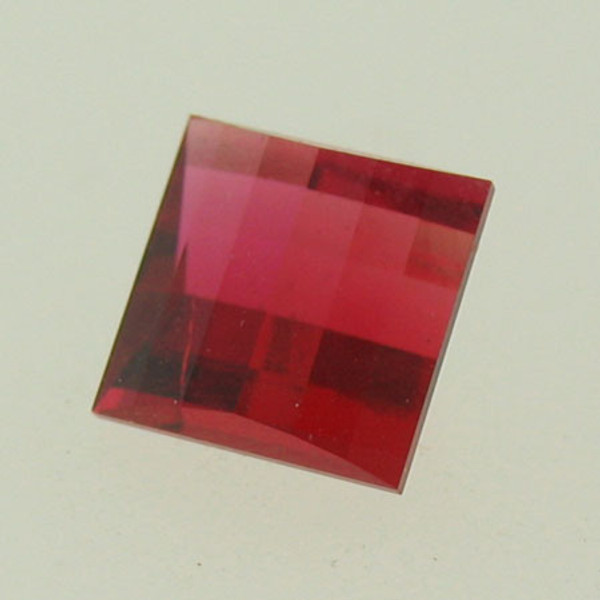 Red Beryl - Bixbite one of the Rarest Gemstones on Earth! This Lab Created Red Beryl is a beauty! Have the look of this exotic gem for a fraction of the cost. Vibrant Raspberry Red! This Bixbite gemstone does have a few twinkles, small feather type inclusions, the bright red color is amazing! Synthetic Bixbite has the same physical, chemical and optical properties as the natural. Custom cut into a opposed bar design. Custom Faceted by Linda.