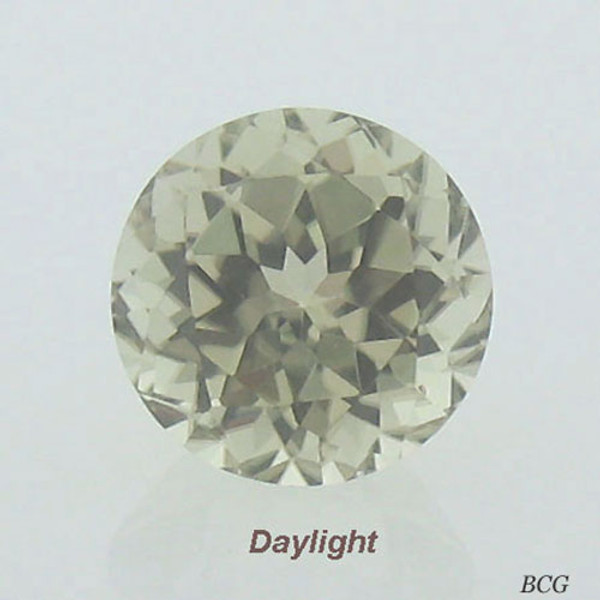 ZULTANITE! One of the rarest, color change gems in the World! Amazingly beautiful and mysterious, a 100% natural colored gemstone that has been expertly faceted into a round brilliant design. This exotic gem, is .61 carats and is a work of art! The dark spots in gem are reflections off the camera lens, not in gemstone. Zultanite is a rare Diaspore gemstone has been oriented to maximize its color-change properties. Zultanite is breath taking to say the least. This rare gemstone will come with a Certificate of Authenticity direct from Zultanite!

IMAGINE THIS GEM FOR YOUR ENGAGEMENT RING! INSTEAD OF A DIAMOND HAVE A ZULTANITE SET IN YOU RING! I AM TALKING DIFFERENT! A RING NO ONE ELSE HAS, NOT LIKE THE THOUSANDS THAT ARE MASS PRODUCED. HAVE A GEM THAT COLOR SHIFTS FROM KIWI GREEN TO PINK CHAMPAGNE, WOW!!!! THAT WOULD BE SPECTACULAR!