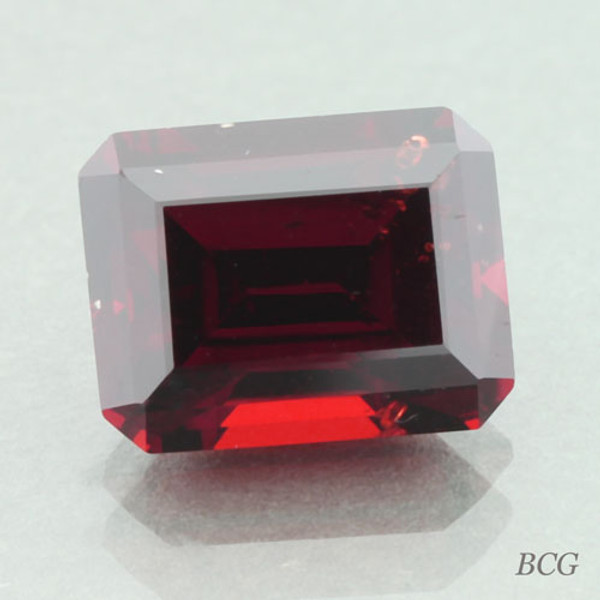 Exotic Red Garnet! A Rich Red Beauty with glowing red flashes! Expertly faceted into a classic Emerald Cut. This gem has a couple of crystals inside it.