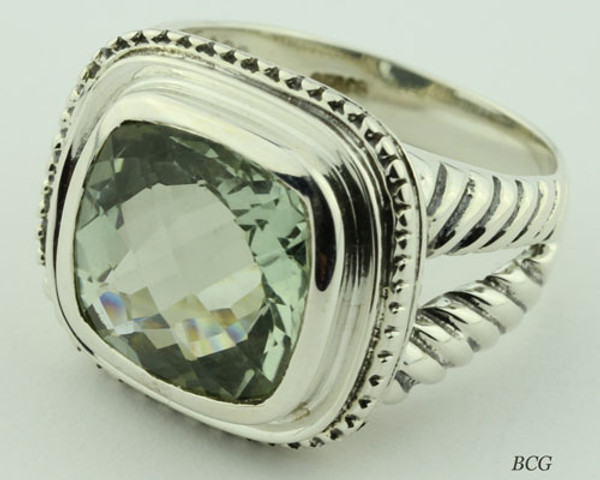 Prasiolite, is also a green quartz. This gem has also been called Green Amethyst though it is actually Prasiolite - Green Quartz.